There are a myriad of obligations placed on a Body Corporate under legislation most importantly the obligation to maintain in good condition the common property. Read on to discover how these are affected by the Australian Building Standards.

There is no such thing as absolute safety. All residential premises contain hazards to their occupants and to visitors. Most dwelling houses could be made safer, if safety were the only consideration. The fact that a house could be made safer does not mean it is dangerous or defective. Safety standards imposed by legislation or regulation recognise a need to balance safety with other factors, including cost, convenience, aesthetics and practicality.

Acknowledging that the Australian standards do not pre-empt the common law, there is no evidence that the glass doors did not comply with the standard when the building was constructed.

Got a question about the compliance of your building or the Australian Building Standards? Then contact the experts at QBM today!

Unwanted Cars on the Common Property 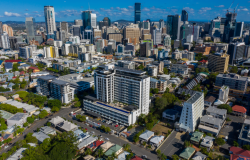