It seems that the Strata Industry has been specifically targeted by legal companies that are commonly referred to as “Ambulance Chasers”.

With the number of claims against strata complexes for alleged injuries suffered within complexes, it does seem that there is a concerted effort by such companies that back up this claim.

Naturally you cannot blame the persons with the alleged injuries for “having a go” when everyday they hear the advertisements of “No Win – No Pay”. They have nothing to lose and a possible payout to win.

So why would the strata industry be targeted?

Strata complexes may seem like easy targets as there is a perceived pot of money sitting in strata bank accounts through levies paid by owners and everyone knows that strata must hold appropriate insurances for such claims.

So are these claims justified and is the Strata industry at fault by neglect of their complexes?

You be the judge with these two examples.

In this case, a person visiting the complex tripped over a damaged speed bump on the roadway within the complex and suffered a broken wrist.  The person was injured. The speed bump was badly damaged at the time of the accident.

The person was awarded a payout.

Following completion of the claim, a tenant within the complex stated that they had also suffered an injury some 18 months earlier from the same speed bump.

This tenant was awarded a payout also.

A lady was visiting a strata complex and tripped in a basement car park. The person alleges a fracture to an ankle.

The area in which the alleged injury occurred was in front of the lifts with a small ramp from the parking area to the lifts. This area is well lighted and the ramp is highlighted in yellow paint. This person had previously visited the complex on at least 3 occasions.

The person has a history of Knee, hip, hand and ankle problems prior to the alleged incident.

Who is at Fault?

In the first example, it is clear that the speed bump was damaged and had been for some time as indicated by the second claim for injury suffered at the same location. In this case it could be argued that committee has not fulfilled their duties on behalf of the Body Corporate to keep the site in a good condition and free from safety hazards.

Thus maybe the Strata scheme should be penalised for failing in their duties.

In the second example though, it could be argued that the Owners Corporation has attempted to keep the complex in good order and free from safety issues. This can be explained by the fact that the area was well lighted and that the step was clearly highlighted in yellow paint.

Although the claimant states that she did not see or know what yellow highlighting paint was identifying, it may be hard for her to justify this stance, as this method is used in the majority of public areas to identify possible hazards.

How can Strata Complexes Protect Themselves?

You can’t hide behind ignorance of the facts.

There are lot owners who publically state that they think having a safety audit is a waste of money. Unfortunately, these are most likely the same people who oppose everything.

However, just having a safety audit will not guarantee a completely safe complex. The audit will only identify possible hazards and a means of rectification. The strata must then undertake such works as are required.

Again though, the safety audit will only identify hazards present at that particular time. As such, all strata complexes should undertake a professional safety audit at least yearly. Plus the committee members should be open to receiving advice from residents about safety issues.

Although Queen Elizabeth 11 is the world’s largest owner of land at 6.6 Billion acres (Business Insider), it is MacDonald’s who one should look to for keeping a property safe.

Although MacDonald’s are not the largest owner of land, they certainly own the best commercial sites in the world. MacDonald’s may also be targeted at times for safety concerns as most will remember the case of the “MacDonald’s Coffee Case”.

Thus MacDonald’s and other companies with large property portfolios understand the need to ensure their public areas are free from safety issues. Such companies go to extremes to ensure the safety of clients.

Anyone who has been to or driven past a MacDonald’s, Service Station or Shopping Centre will have seen the yellow markings on everything that is not moving. This is done to make it very clear to all persons using or travelling through the areas that there may be hazards.

These companies understand the cost involved in paying out for an injury or fighting the case. It is much cheaper in both dollar terms and human suffering to take safety seriously and spend a little to ensure a safe common area.

Once the Strata Industry in general understands the cost involved should an injury occur, they may take safety seriously. Committees should class the cost of a safety audit and any rectification works as an investment that generates future savings.

However, until this shift in understanding occurs, the Strata Industry will be the subject of legitimate and a large number of frivolous claims that cost money and time.

Starting Home Renovations Next Year – Then Beware of Asbestos! 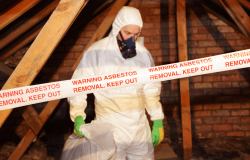 Why Is Asbestos No Longer Used in The Building Industry? 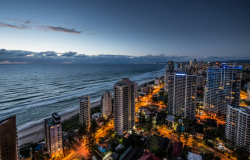 What’s The Difference Between a Building Defects Report & A Dilapidation Report?