The year was 2005 and I was looking to purchase a small house, townhouse or unit, only problem I thought with a unit or townhouse would be the approval to keep Bobby the Silky Terrier.

Read more about the subject of dogs in units!

Back then there wasn’t the notoriety and trend that we now acknowledge with pets in Strata buildings.

The first thing to do was visit the property and see firstly if I even liked it and then I thought I could negotiate later with the Body Corporate and lot owners. As it turned out it was perfect for what I wanted, so I then started the proceedings with the Real Estate. The agent appeared to be very blasé about the approval form for a pet and I wasn’t convinced this person understood that I would not be purchasing the unit if Bobby was not approved.

About a week later I received a call to say Bobby was approved, however special conditions would apply. I spent about 10 minutes reading through the conditions and believed they were pretty standard and from there the sale went through.

Bobby was the first pet in the complex which had 8 townhouses, 4 at the front of the property and 4 at the rear with a common area that could have accommodated more than a 100 units if redeveloped. The complex itself was built in the early 1980s and had real character about it with lovely gardens and a fantastic view out to the port from the top level of my unit.

As the neighbours began to introduce themselves Bobby became the topic of conversation, some were perplexed when they first met him as his size confused them. Initially the application form called for approval of a dog under 20kg, Bobby was a quarter of that at barely 5kg. You could almost see the look of relief on their faces as they realised he was tiny and not a threat, really how much damage or nuisance could a little Silky incur?

He soon became the reason many of the residents smiled when they come home in the afternoons after work, running around in the gardens and greeting everyone with his tail wagging. So much so, an older couple loved the idea of this greeting every day that they decided to buy their own little bundle of joy. Harmony was all about.

There is now scientific evidence of the health benefits of owning animals, much less reason for depression and suicide among people living on their own, its gives people a purpose in life!   Dog owners already knew this.

Dogs in Units was written by Kerry Washington 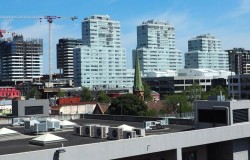 Community Titled Scheme – Ultimate Checklist to Look For When Buying 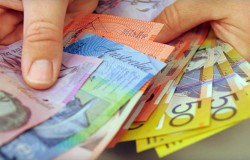 How to add $500,000 to Superannuation without any effort. 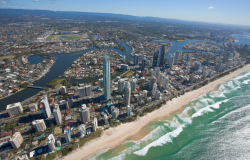