Asbestos was widely used as a building material until the late 1990s. If your home or building was constructed prior to 2004 and has not yet been properly inspected, we recommend hiring an assessor to determine if your building is at risk. 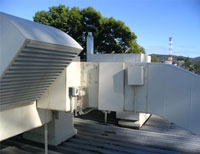 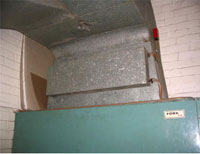 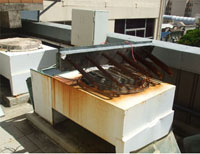 What to look for

This is a graphic of a heater within the duct work of an air-conditioning system. The duct is lines with asbestos millboard.

When the air flows over the millboard, there is a high likelihood of asbestos fiber release. As such you can be breathing in asbestos fibers while at work.

Do I remove it?

When considering the presence and state of any asbestos in your air conditioning or heating systems, we recommend employing professionals for assessment, abatement, or outright removal. With a material as dangerous as asbestos, safety is always the best policy. Asbestos and air conditioning don’t mix.